Painted Face is a film production company comprised of various artists based on a tribal mentality of collaboration. We are hell bent on delivering avant-garde and emotionally stirring movies, highlighting Chicago's local talent. We appreciate your interest in our work and encourage you to contact us for collaboration or support in our endeavors. 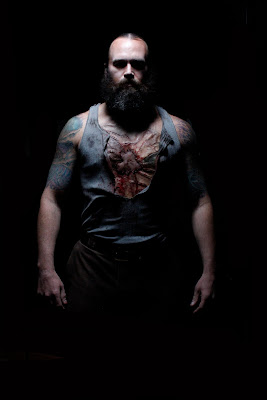 Wam! 21 days in to our KICKSTARTER and social media campaign ( Twitter & Facebook) we have already heard the blood curdling cry of this city's grimiest film fanatics, bar stars and gore sluts. This "cry" came in the form of 61 backers pledging more than 7,000 dollars to get a piece of the glory, by either getting killed in the film, or by basking in the glow of a projector light knowing you helped make this film possible. We here at Painted Face can't help but feel an overwhelming reasurrance that what we are doing is not only going to happen but that this city wants it to, and our local artists need it to. Chicago Rot is not just a movie at this point, its not even just a reflection of a darker side to an already infamous city. Chicago Rot is the culmination of years of always being the "second city" and its artists failing to come in to prominence. This film has inspired hundreds and will inspire countless people, begging followers not to be passive in your pursuits, but to grab your best friends and unleash a god like force creating what you always knew possible and never wanted to slip in to the cracks of "someday" or "I hope so." So thank you to all who has contributed and continue to do so, because you are not only friends and families, but citizens sculpting your community and the lives of its people, we all must stick together. Congratulate yourselves and then us.

"What should young people do with their lives today? Many things, obviously. But the most daring thing is to create stable communities in which the terrible disease of loneliness can be cured."

On another note we have begun our casting calls that will be held May 16th- 20th at the Merchandise Mart. We have received tons of inquiries and are completely impressed by the talent being thrown at us. If you are interested or know of any talented actors/ actresses send 'em on over. Here is a link to our Mandy casting call and Craigslist call.

Posted by Painted Face at 7:47 PM No comments: 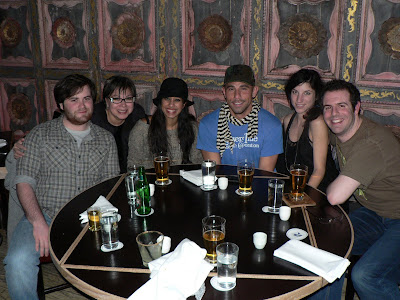 Sam Fell (far left) Billy Dec (center with scarf) Catherine Lynch (second from right) Adam Dick ( Far right)
Filmmaker, Friend, and member of the Tribe Catherine Lynch invited our Chief of Sound Sam Fell to take part in a project proposed by Chicago native Billy Dec. Dec's endeavors include CEO and Founder of Rockit Ranch Productions, a premier restaurant and entertainment development company in Chicago that owns and operates Rockit Bar & Grill, Sunda and The Underground. The short is designed to get the word out about Dec's 2 year anniversary party for achicagothing.com as well as a fundraiser for Greater Chicago Food Depository (battling 36% increase in the poor due to recession). You can view the video and read about the event by clicking on the link listed previously! Over here at tribe headquarters we are thankful to Catherine for getting us involved, thanks to Billy for the work, and also proud of Sam for supporting such a great cause. Enjoy the video and hope to see you there!
* TOP SECRET INFORMATION TO BE REVEALED SOON ABOUT PAINTED FACE'S BIGGEST PROJECT YET!
"If you haven't any charity in your heart, you have the worst kind of heart trouble."
-Bob Hope
Posted by Painted Face at 11:19 AM No comments:

Getting Feminized & Running With The Wolves

Hello followers of the P.F. Tribe! I just got done working with the inspiring women of the Spirit of Leadership Conference this last weekend, with a special thanks to Chris Moses and Faith Curtis (right to left in the 1st pic below) for using the Tribe's services again and again. I enjoyed being the fly on the wall snapping photos of an extremely deep, soul searching, self aware version of a girls sleep over. Instead of pillow fights and gossip the conference featured stirring lectures discussing the power of voice, exploring mandala drawing, and reaching into yourself through intuitive movement of the body... so I guess its like a few steps above oversized T-shirts, some popcorn and The Notebook. It is always refreshing to see a group of people unite and really just learn how to be a better human by relying on the wisdom of others. Sam Fell also pitched in by assisting in the recording of the famed author (Women Who Run With The Wolves) and story teller Clarissa Pinkola Estés PH.D. She told many stories of her grandmother as well as old German lore, always relating it to a greater meaning to be applied in a spiritually sound way in every day life. Unfortunately the recording is for Ms. Estés and not to be heard by the public, but the experience was still very rewarding. I wonder if men would ever create or show up to something like this? What would we discuss? Either way my inspiration tank has been replenished and left me feeling positive about the journey for Painted Face in the future. I am reassured people crave collaborative knowledge situations, and everyone leaves enriched with a new seed planted waiting to grow in to the next creation.
"I hope you will go out and let stories happen to you, and that you will work them, water them with your blood and tears and your laughter till they bloom, till you yourself burst into bloom."
-Clarrisa Pinkola Estés
J.V. 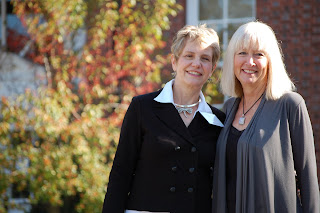 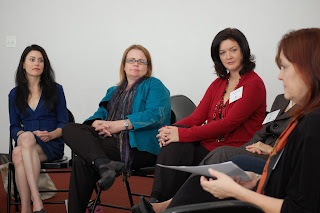 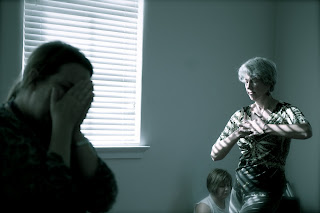 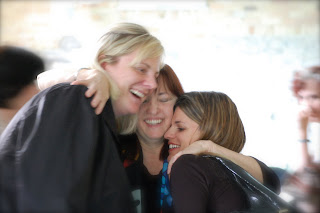 Posted by Painted Face at 4:23 PM No comments:

Ok I know you were just asking yourself what is better than a four meat and four cheese pizza Hot Pocket paired with a 2 dollar bottle of Winking Owl wine from Aldi ? ... Well it's probably this! The new Midnight Conspiracy video that Ryan Berena and Eric Showalter worked their asses off on, Shooting and editing for the tribe and for Midnight Conspiracy. Enjoy the remix of the song "Ho's and Disco's" by Lucky Date done Conspiracy style at the Bottom Lounge Chicago!

Posted by Painted Face at 9:46 PM No comments:

Ok here it is the new A Blurred City Sight music video! The tribe fought hard for this video and we think it really shows. Thanks to Wendella Boats Chicago for allowing us to film on your boat and for being so supportive through out the process. Also thanks to ABCS for your professionalism and sharing your talents, you really could not have asked for a better creative experience. Remember, just by watching you're participating in our creation of Painted Face and its future success, thank you all.
(Blogger is being difficult and we are unable to post the video directly on our blog right now, so heres the link.)
J.V.
Posted by Painted Face at 11:45 AM No comments:

Hey tribe followers! Lend an ear to the new A Blurred City Sight song "Complications" hopefully this can hold you until the music video is posted. We could not be happier with how the song turned out and more thankful to "ABCS" for allowing us the opportunity to dance and create with their art.
"We dance for laughter, we dance for tears, we dance for madness, we dance for fears, we dance for hopes, we dance for screams, we are the dancers, we create the dreams."-Anonymous
All recording and mastering was done by our very own Sam Fell, enjoy!
Posted by Painted Face at 2:41 PM No comments:

Hello Followers of the Painted Face Tribe! We just wrapped shooting another video with A Blurred City Sight, except this time its an original tune! This shoot was a little longer than the last, but an incredible experience using the city you love as a backdrop for work you love doing. You know, the entire time we were out there I could not help but smile and think this is the office I always dreamed I would have... A new location everyday filled with sun and the friends I love as my colleagues. Floating down a river with a camera in front of my face and talent on the other side. Stay tuned for the video! But until then, here are some images (click to enlarge) that should give you a mouthwatering taste of the beauty we got to see every day we shot while listening to a great song. Yep... life is going pretty well for the tribe.
-J.V. 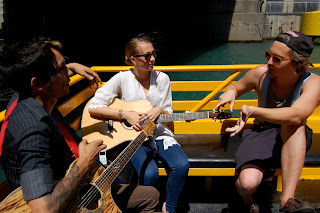 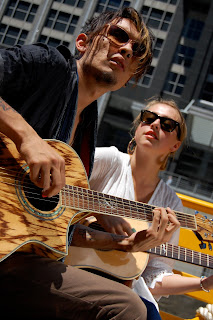 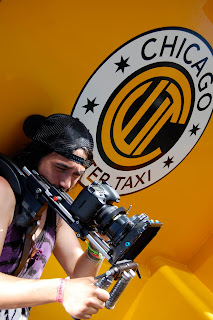 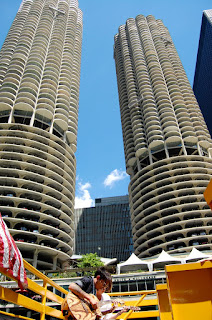 photos by Sam Fell
Posted by Painted Face at 3:41 PM No comments: